Chairman of the Board

Among his awards and recognitions, he has received the Grand Cross of the Order of Civil Merit; granted to him by the Spanish government in 2010.

García Sanz has a wide range of experience in the automotive sector.

After starting his professional career at Adam Opel AG and developing different roles until he became the Executive Director of Worldwide Purchasing at GM Corporation (Detroit, USA), in 1993 he went to work at Volkswagen, where he was a member of the brand's Executive Committee and became the group's vice-president. At the same time, he was appointed executive vice president of SEAT, S.A., later becoming a director in 1997 and the Board Chairman since 2007. He has also been president of Volkswagen Navarra and VGED (Volkswagen Group Spain Distribution) and a member of the Board of Directors of Audi AG, Volkswagen FAW (China), Shanghai Volkswagen and Scania AB, as well as a member of Porsche AG's Supervisory Board. Between June 2009 and July 2012 he was president of ANFAC and, later on, a member of it. He also held a significant position in the German Automobile Suppliers Association (VDA).

He is a member of the Fersa Bearings' Board of Directors since the end of 2019, bearing the title of their Executive Chairman.

Fersa is a global company that has grown considerably in recent years, demonstrating to know how to adapt to the sector's new reality. The numbers obtained by the company ratify the importance of its corporate culture and demonstrate that it is an enterprise that is not afraid to face great challenges. 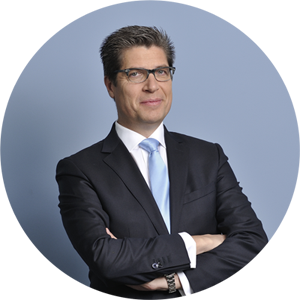 In 1986 he started his professional career in Basel (Switzerland) in the Marketing-Controlling department of the pharmaceutical company Hoffman La Roche. He subsequently worked for Bayer as a controller in Spain until 1989.

In 1989 he joined the general management of Grupo Serva (Glaser), a manufacturer of automotive components.

Carlos worked as a Senior Manager of Dana Corporation for three years, becoming an active member of the company's strategic committees in Spain.

In January 2009 he joined Fersa Bearings as CEO, with the objective of making Fersa a leader in the design and manufacture of bearings.

From the beginning, we have been committed to develop high-precision, high-performance  bearings. This has been the main reason for the continuous strong increase in our sales and it makes us be part of the leading group of companies in mobility.

He began his professional career in 1997 as an area sales manager for one of Dana Holding's engine sealing element companies. After three years as head of Asia and the Americas, he became the company's export director for 4 years.

In 2004 he joined the CNA group, a home appliance manufacturer, as Corporate Expansion Manager, leading the company's international growth by developing OEMs and creating various subsidiaries in Europe, the Americas and Asia.

In 2009 he joined Fersa as General Globalization Manager, responsible for the company's international expansion with a triple focus: optimizing the competitiveness of purchasing and the supply chain, establishing commercial subsidiaries, and leading the creation of manufacturing plants and warehouses in Asia and the Americas.

At Fersa we bet on talent, passion, and a desire to learn, have fun and improve every day. What matters is not what our challenges are, but more importantly what each one of us is doing today to surpass them. 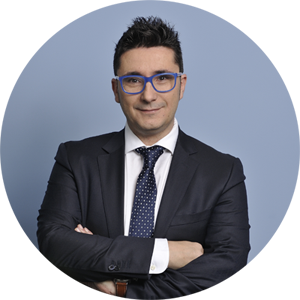 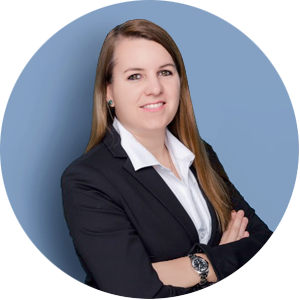 Julia began her career in Fersa in our headquarters in Spain as an intern in the Quality department in 2011 after earning an Engineering degree in the University of Zaragoza. She soon became responsible for Quality in the HUB business unit, and in 2013 she became Head of Customer Care.

In 2014 she moved to our subsidiary in Jiaxing, China, as Quality Manager. Later on, in 2016, Julia assumed responsibility for the whole Operations area, in charge of both Production and Quality.

Since 2018, Julia has taken the lead of the business unit in Asia as General Manager.

Julia is supplementing her experience with a Masters Program in Leadership Development from CEIBS, in Shanghai.

It´s not only what we do but why we do it. In Fersa, we make things happen with focus on maximizing value for our customers.

Miguel started his career as a commercial engineer at Vector & Wellheads Engineering, a company dedicated to the manufacture of industrial valves, in 2012. In 2013 he was sent to the company's headquarters in Madrid, where he also worked as an engineer projects, mainly for the petrol, oil and gas refinery industry.

He began his career at Fersa in 2015 as a salesman managing accounts of great importance to the company. In 2016 he started as Sales Area Manager for Asia Pacific. Since 2018 he has been Fersa Bearings Brasil General Manager and works at the Fersa headquarters in Curitiba.

Miguel holds a degree at Advance Industrial Engineering from the University of Zaragoza, and coursed a Master's degree in Mechanical Engineering. He has a BSc in Business Administration from London University.

At Fersa we work to manufacture the best bearings and exceed the expectations of our customers. This makes us a benchmark for the industry and allows us to look to the future with confidence and optimism. 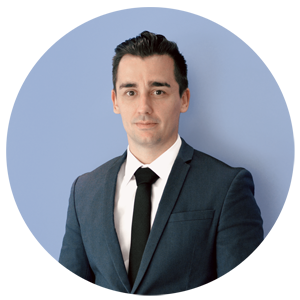 During his senior year of college, Hugo began his career as an intern in the logistics area of ​​Fersa. He stayed on for 3 years as head of planning and manufacturing.

In 2008 he temporary left the company to join the operations team of the Finnish group Cargotec, where he developed engineering functions and operations development for 2 years. In 2010, he resumed his career at Fersa as director of operations at the plant in Zaragoza. He has been the CEO of Fersa's Asian subsidiary in Jiaxing, China since 2011 until 2017. Since 2017 he's General Manager of Fersa Group's North American subsidiary in Toledo, Ohio.

Hugo earned a Bachelor of Science from the University of Wales; a Specialized General Executive Master's degree (GEMBA) and a post-graduate degree in Steering and Business Administration from CEIBS, in Shanghai; and a Master's in Logistics of Zaragoza Logistics Center in cooperation with the Massachusetts Institute of Technology (MIT).

The greatest asset we have at Fersa is our team. Their passion, talent and creativity are our main driver to success.

We inform you that our website uses its own and third-party cookies, to improve our service and to know the degree of activity of our website. By continuing to browse, you agree to our use of cookies. You can change the configuration and get more information click here
I agree